As many of you know getting good internet service in DeRidder LA is a luxury.  We’ve tried petitioning to the cable and dsl companies, but nothing ever happens it seems.  In an effort to get internet to my house I am trying to run wireless internet from my office.  I have 70ft towers at my office and my house.  Mr John, who lives across the road from me has a 50ft tower in the middle of his pasture.  My tower is closer to my office (1.0 miles) than John’s tower (1.2 miles).  However, I could only get a signal on John’s tower.  I have tall trees between me and my office, which is why I think I can’t get a signal.  On John’s tower I can generate about 5-7 mbps with a quick ping time.  The idea was to capture the signal at John’s tower, send it into a router, then send the signal from the router back up John’s tower into another radio, and transmit it to my house only 0.2 miles away.  In theory this seems like a good idea, but when I turn on the second radio at John’s tower my 5-7 mbps signal diminishes to pretty much nothing. 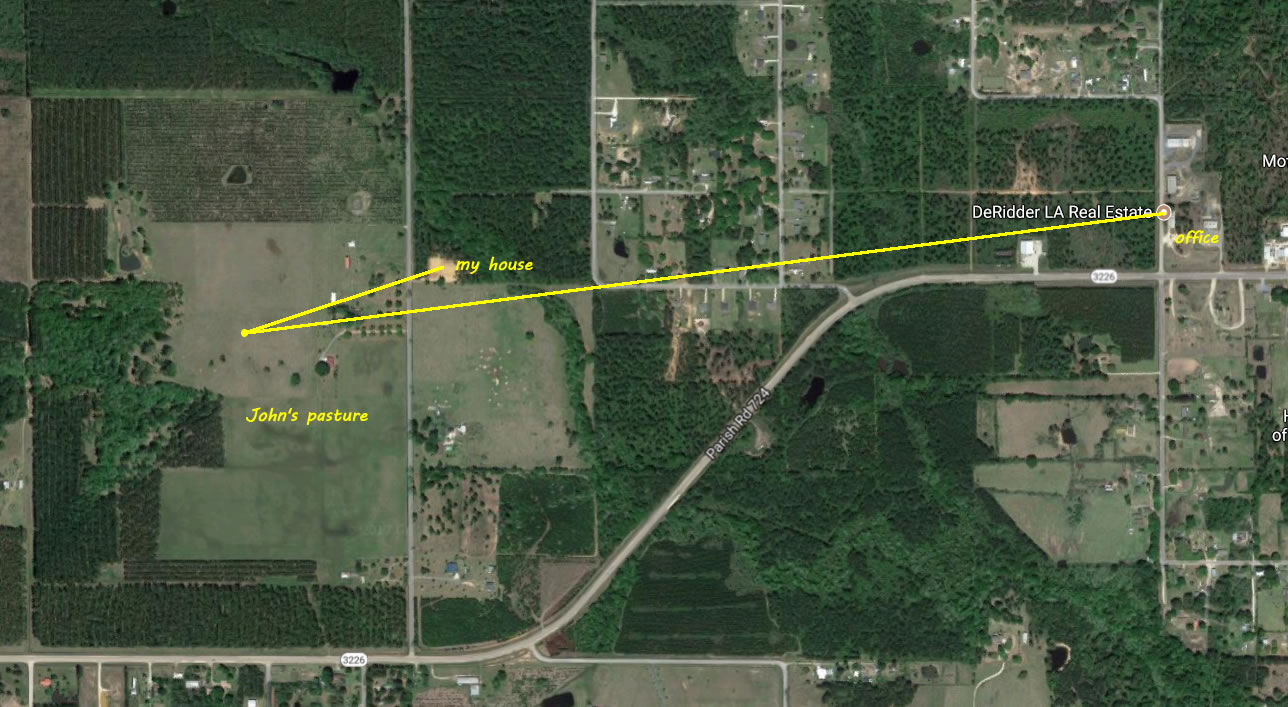 wireless internet from office to my house

Please have a look at my picture which describes my network that I use to try to get internet from my office to my house.  I use four radios.  Radios 1 & 2 are the Rocket M.  Radios 3 and 4 are the NanoStation Loco. 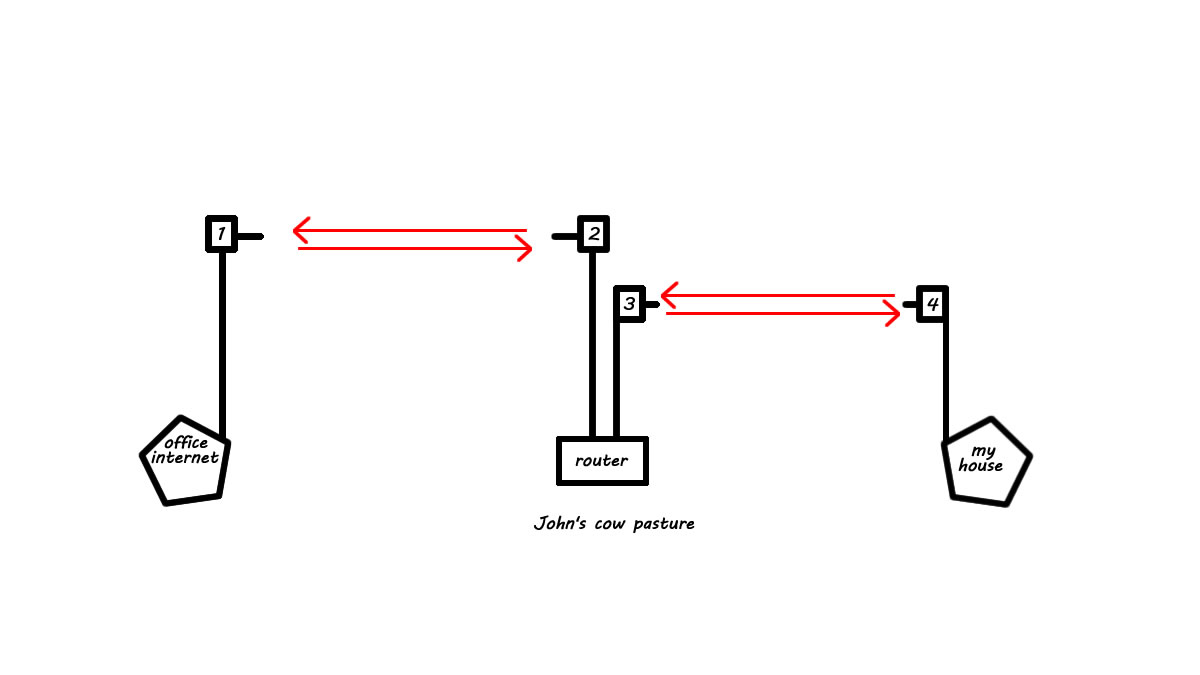 I am apparently having some interference between radios 2 and 3 in John’s cow pasture.  When I unplug radio 3 I can do an internet speed test and get a solid 7mbps test with a 12ms ping.  Then, when I power up radio 3 the test dimishes to 0.1 mbps test with a 149ms ping.

I have tried isolating frequencies by setting radios 1 and 2 to 912mhz  and radios 3 and 4 to 917mhz.  It seems that no frequency or channel isolation can correct whatever problem I am having here.  I’ve also tried using airselect on both AP’s to no avail. Signal strength between radios 1->2 and 3->4 is good.

Does anybody know what the problem is?